Tricia Griffith was appointed President and Chief Executive Officer and elected to the Board of Directors in July of 2016. Prior to being named CEO, Griffith served as Personal Lines Chief Operating Officer since April, 2015 overseeing the Company’s Personal Lines, Claims and Customer Relationship Management groups. Tricia joined Progressive as a claims representative in 1988 and has served in many key leadership positions during her tenure. She held several managerial positions in the Claims division before being named Chief Human Resources Officer in 2002. In 2008, she returned to Claims as the group president, overseeing all claims functions. Prior to being named Personal Lines Chief Operating Officer, Tricia was President of Customer Operations, overseeing claims and the customer management group, which comprises the company's contact center group (sales and delivery), as well as the customer experience, systems experience and workforce management groups. Tricia has a bachelor's degree from Illinois State University and is a graduate of the Wharton School of Business' Advanced Management Program. 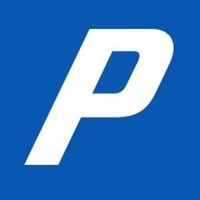