James (Jim) Heppelmann is the president and chief executive officer (CEO) of PTC, responsible for driving the company’s global business strategy and operations. During Mr. Heppelmann’s leadership tenure, PTC has assembled the industry’s leading industrial innovation platform and field-proven solutions and services that enable companies to design, manufacture, operate, and service things for a smart, connected world. He also serves on PTC’s Board of Directors. Mr. Heppelmann has emerged as a driver and thought leader in industrial innovation. Together with Harvard Professor Michael E. Porter, he has co-authored three highly influential articles regarding the transformational impact of the Internet of Things (IoT) on business, including the November 2014 Harvard Business Review cover story “How Smart, Connected Products are Transforming Competition,” and the companion “How Smart, Connected Products are Transforming Companies” published in the October 2015 Harvard Business Review. Their third Harvard Business Review collaboration, published in November 2017, “A Manager's Guide to Augmented Reality,” is a collection of articles that define why every organization needs an Augmented Realty (AR) strategy. Mr. Heppelmann was named one of “7 IoT Leaders to Watch in 2017” by Hewlett Packard Enterprise and has previously been recognized as “IOT CEO of the Year” by PostScapes, “Technology CEO of the Year” by the Massachusetts Technology Leadership Council, and received the “CAD Society Leadership Award” for his work with the Internet of Things. A dynamic speaker, Mr. Heppelmann has been featured as a keynote presenter at the National Association of Manufacturers (NAM) events on topics such as “How Smart, Connected Products Are Redefining Manufacturing” and was a featured speaker on “the role of digitization in America's advanced industries” at the Brookings Institution. He has been published and quoted in numerous global business and trade media, including The Wall Street Journal, Forbes, and Bloomberg Businessweek. Mr. Heppelmann is a member of the board of directors at SENSATA, a world leader in automotive and industrial sensors and controls, and was recently elected to the MassTLC (Massachusetts Technology Leadership council) Board of Trustees. He also serves as a member of the Dean’s advisory board at the University of Minnesota College of Science & Engineering, is an executive advisory board member of the national FIRST (For Inspiration and Recognition of Science and Technology) and has been recognized as one of the “Top 100 CEO Leaders in STEM” by the STEMconnector organization. Experience Prior to his appointment as CEO in 2010, Mr. Heppelmann served as PTC’s president and chief operating officer, responsible for managing the operating business units of the company including R&D, marketing, sales, and services. From 2001 to 2009, he served as PTC’s chief technology officer, driving the company’s product vision and strategy, product development, and product marketing and management. Mr. Heppelmann joined PTC in 1998 when the company acquired Windchill Technology, a Minnesota-based company that he co-founded and served as its chief technology officer. Before co-founding Windchill Technology, Mr. Heppelmann served as chief technology officer at Metaphase Technology. Education Mr. Heppelmann attended University of Minnesota, where he earned a bachelor’s degree in mechanical engineering with an emphasis on computer-aided design. 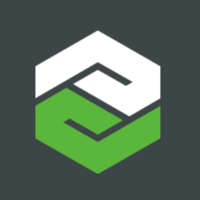