Martijn Hagman is the Chief Executive Officer of Tommy Hilfiger Global and PVH Europe. Martijn has helped over his 12 years with the company to evolve TOMMY HILFIGER into one of the world’s most recognized premium lifestyle brands, and establish the foundation for the PVH Europe organizational structure, moving from a mono-brand to a multi-brand organization with PVH’s acquisition in 2013 of the Calvin Klein Europe business. With a consumer-centric mindset, Martijn has driven the vision to evolve digital business operations, modernize the fashion value chain, progress towards aggressive sustainability targets and circularity innovations, and sustain healthy top and bottom-line growth. Martijn joined Tommy Hilfiger in 2008 as Group Controller. He was promoted in 2009 to Vice President, Group Finance, and, following PVH's acquisition of Tommy Hilfiger in May 2010, he transitioned to the Tommy Hilfiger Europe organization as Senior Vice President, Finance. Martijn was appointed as Chief Financial Officer, PVH Europe, in April 2013 and extended his financial oversight role to include Tommy Hilfiger's global operations in September 2014. He added the role of Chief Operating Officer, PVH Europe, in November 2017. Prior to joining Tommy Hilfiger, Martijn worked at Ernst & Young for 10 years within the International Audit practice, spending time in the Amsterdam and San Jose, California offices. Martijn graduated from the University of Amsterdam with a Masters in Business Economics in 1998. He is a Dutch Certified Auditor (RA) and has a CPA license with the California Board of Accountancy. 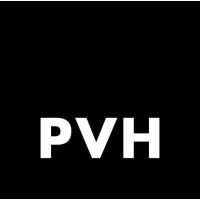