Israeli information sharing company QEDIT has appointed Rahul Bangalore Satish as an intern. Rahul is currently studying for a Bachelor of Engineering in Electronics and Instrumentation, and Masters of Science in Mathematics at BITS Pilani Goa in India.

Rahul has in-depth knowledge in a range of fields, including number theory, algebra, optimization, graph theory, microprocessors, complex analysis, VLSI design and discrete mathematics. He loves playing League of Legends and he's always in for a game of basketball or ultimate frisbee. He loves music and is learning how to play the keyboard. He has served a number of internships at diverse companies throughout his studies.

Rahul was most recently a research intern at UCL Crypto Group in Belgium, working to achieve an efficient and secure FPGA implementation of TEDT-AEAD scheme by using Deoxys-256 as an underlying TBC. Also in 2020, he was a summer research intern at Blockchain Group, IBM India Research Labs in Bengaluru. There, he helped to design a modular framework for Interactive Zero Knowledge Protocols, which was used to convert it to a non-interactive protocol.

In 2019, Rahul was a summer intern at the Society of Electronic Transactions and Security in Chennai, India. In his role, he worked on cryptanalysis techniques on Beyond Birthday-Bound Secure claimed MAC schemes such as EWCDM. He also conducted theoretical and practical analysis of the Encrypted Wegmen-Carter MAC scheme and H-coefficients technique.

In 2018, Rahul completed a summer internship at the International Institute of Information Technology in Bengaluru. There, he gained skills working on integrating the HElib-MP Library to the HEAT API by analyzing differences between HElib and HElib-MP.

During his studies, Rahul has also had a range of different positions of responsibility. He has been an Undergraduate Teaching Assistant for Algebra at the Birla Institute of Technology and Science (BITS) in Pilani, a Student Volunteer for Web Development at IEEE ANTS, a Mentor in Cryptography at the Quark Summer Technical Program, and a Coordinator of the Cybersecurity Club at BITS, among other positions.

Rahul’s expertise in cryptography, electronics and math is underlined by the in-depth research projects he has conducted. These include studies in distributed RSA Modulus generation and testing, Hardware-based Symmetric Cryptographic Implementations, Secure Assisted Universally Blind Quantum Computation, and Graphs & Applications in Cryptography. 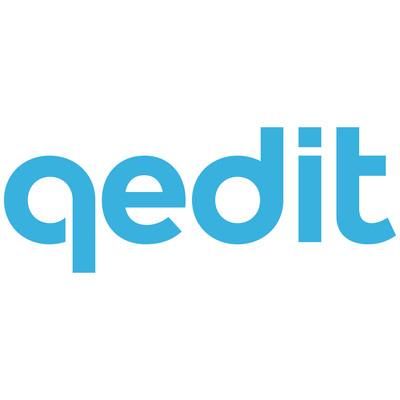 Israeli data sharing platform QEDIT has announced the appointment of Talia Barta as Community Catalyst and Events Producer. Ms. Barta has more than five years of experience in marketing, event management, field marketing and marketing automation, and has collaborated across a diverse range of international teams. She has a strong background working in technology and cybersecurity industries, helping brands to transform the way they communicate and interact with their audiences. Ms. Barta will be based in Tel Aviv and report to Vice President of Sales, David Hayat. Before joining QEDIT, Ms. Barta worked in the marketing department of Physics, an automated penetration-testing platform that helps companies to determine and mitigate cybersecurity risks. She started as a Marketing Associate in August 2018 before being promoted to Marketing Manager in January 2020. From 2016 - 2018, Ms. Barta worked in marketing for non-profit Nefesh B'Nefesh. As part of her role, she was the lead website content editor, with responsibility for overseeing all website content, as well as designing, creating, and managing email marketing campaigns to its worldwide audience of more than 35,000 subscribers. This included liaising between stakeholders from eight different departments and aligning all messaging with Nefesh B'Nefesh’s overall brand, strategy, and marketing goals. Prior to that, Ms. Barta was a production manager for creative studio The Paper Boat Creative. She oversaw the successful delivery of photoshoots for all stakeholders, including leading client-focused advertisements from conception to completion, managing logistics, and business development for a range of clients, including Nike Israel. Ms. Barta has a Bachelor of Communications and Middle Eastern Studies from Bar-Ilan University. She has an inbound marketing certification from the Hubspot Academy and is trained in Google Analytics. She has also spent time assisting with the social good in her community. Ms. Barta is a volunteer at the Friendship Circle of North Jersey, helping a child with special needs every week. This involved helping a young boy and his siblings with their regular needs to build positive relationships and alleviate the stress for the family. Ms. Barta served her 12 months of national service tutoring at Zalman Alman Elementary School, tutoring underprivileged children from broken homes in language, math, and science. She has also volunteered at Midreshet HaRova, an absorption center for Ethiopian immigrants. Ms. Barta speaks English and Hebrew and is highly competent in using the Microsoft Office suite. She is trained in the fundamentals of photography.

Israeli data collection and sharing company QEDIT has named Ahmad Musa as its new DevOps Engineer. Ahmad will play a key role in developing QEDIT’s products, that allow companies to share intelligence and data insights without exposing confidential business information. He will report to VP of Product, Ori Wallenstein. Ahmad is a seasoned software developer with more than 10 years of experience in a range of diverse positions. He comes to QEDIT from Asal Technologies, an IT outsourcing company, where he is a senior software engineer. Ahmad also co-founded his own start-up, Loges Techs, which provides software to assist logistics companies with their operations. He has worked for the company in his spare time since it was founded in 2018, and remains on the company’s board. Ahmad has served with start-up company Gist Technologies, where he helped to provide web and mobile app solutions to clients as a Software Engineer and Consultant from 2015 - 2019. He has also been a Senior Software Engineer for Trigger-Apps.co and a Software Engineer for Founder Therapies, working on low-level programming for devices and protocols, and converting network protocols into a backend server. He started his career as a Software Engineer at EXALT Technologies, where he worked from 2010-2015. Ahmad graduated from Birzeit University in West Bank in 2010 with a BA in computer systems engineering. He is trained in security systems, particularly encryption, security algorithms and private keys, and has expertise in a wide range of technologies, including Java, Spring, MySQL, MongoDB, Python, Django, PHP, and C++. Ahmad is fluent in both Arabic and English.