Kelly brings to Resonant more than 20 years of leadership experience in semiconductor product development, product marketing, and high-volume manufacturing. Prior to joining Resonant, Kelly most recently served as President and Chief Operating Office for pSemi, a Murata Company, where he was responsible for the company's RF semiconductor business, as well as corporate manufacturing operations, IT, and quality. Prior to this role, he served as Vice President and General Manager of the Mobile Wireless business unit from 2010 to 2017. Before being acquired by Murata in 2014, pSemi was known as Peregrine Semiconductor, a publicly traded company from 2012 to 2014. Kelly pioneered the use of silicon-on-insulator technology for RF front-end applications with the company from 2000 - 2010 and held numerous positions in development, marketing and sales management positions. Kelly started his career at Motorola in 1999 in the development of RF transceivers. 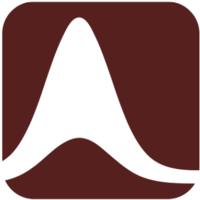