Mr. Selati has served as a member of our Board of Directors since September 1999, and served as Chairman of our Board of Directors from April 2005 to September 2006 and from April 2008 to October 2010. Mr. Selati is the President of Saxonwold Capital, Inc. (a private investment vehicle) and a Senior Advisor of Madison Dearborn Partners, LLC (“Madison Dearborn”). He joined Madison Dearborn in 1993 and was a Managing Director through 2017. Before 1993, Mr. Selati was with Alex. Brown & Sons Incorporated. Mr. Selati currently serves as a director of Redberry Group and Performance Health. During the previous five years, Mr. Selati also served as a director for B.F. Bolthouse Holdco LLC, CDW Corporation (NASDAQ: CDW), Things Remembered, Inc., and The Yankee Candle Company, Inc. 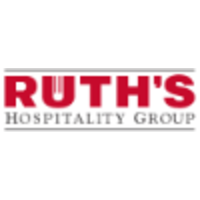