Dr. Ying, Senior Vice President of Global Partnership, Ampaire Inc., is responsible for technology strategy and international relations at Ampaire, a tech start-up for all-electric commercial aircraft. In 2017, she retired from the Commercial Aircraft Corporation of China as the Chief Integration Officer based in Shanghai. In 2013, she retired from the Boeing company as Director of the Boeing Research and Technology. Ying was the recipient of the Chinese Government's Friendship Award and NASA Group Achievement Award. Before joining Boeing, Ying taught at universities and directed research in the DOE Research Labs and NASA Ames Research Center; and earned a spot as a NASA Astronaut Candidate finalist. Dr. Ying joined SAE International in 2019. She is a Fellow of the AIAA since 2008 and a Fellow of the Royal Aeronautical Sciences since 2017. Ying is the former President of the International Council of Aeronautical Sciences (ICAS). Ying holds a commercial pilot license and is a FAA-Certified Flight Instructor. She received her PHD in Aeronautics and Astronautics from Stanford University, and took executive education training from the Kellogg School of Business Administration, Wharton Business School, and Brookings Institute in Brussels. 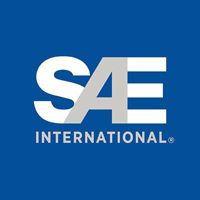