Sunil Agarwal, MD, is Executive Vice President, Head of Development and Chief Medical Officer at Sana Biotechnology. He was most recently President of Research and Development at Juno Therapeutics. Previously, he was a Partner in Sofinnova, a Menlo Park, California-based biotech-focused investment firm. He is also a former Executive Vice President and Chief Medical Officer for Ultragenyx Pharmaceutical, where he managed the company’s clinical development and operations, regulatory affairs, biometrics, pharmacovigilance, medical affairs, pharmacology, and toxicology functions. Sunil served in various leadership roles at Genentech for more than a decade, including Senior Vice President and Global Head of Clinical Development for ophthalmology, metabolism, neurosciences, immunology, and infectious diseases. He led the approval of multiple therapies at Genentech including RITUXAN®, ACTEMRA®, LUCENTIS® and XOLAIR®. Earlier in his career, Sunil was at MedImmune and Guilford Pharmaceuticals, where he served in both development and medical affairs and led the formation of Guilford’s Medical Affairs Organization. Sunil completed his residency at Children’s National Medical Center (CNMC), Washington, D.C., and practiced in the CNMC Pediatric Emergency Department. He obtained his B.S. in neurobiology from Cornell University and earned his MD from Tufts University School of Medicine. 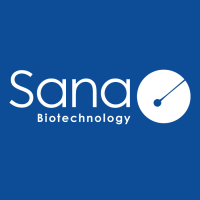