Francisco Sardón has held the position of CEO and Country Head, Scotiabank Chile since August 2013, and was appointed to Executive Vice President in November 2017. As the Bank´s senior executive in Chile, Francisco is responsible for the overall strategic direction, growth and sustainability for all personal, small business and wholesale banking activities in the country. Francisco serves on a number of boards in Chile, including as President of the Banks´s majority owned credit card subsidiary, in partnership with Cencosud, a leading retailer in Latam, with significant footprint in the Pacific Alliance countries. Francisco is a member of the Chilean Banking Association and a member of the CEO Committee Prior to his appointment as CEO and Country Head, Scotiabank Chile, Francisco held a number of progressively senior positions including SVP and Head of Retail Banking, Chile and prior to that, SVP and Head of Wholesale Banking, Perú. Prior to joining Scotiabank, Francisco was CEO and Country Head in Perú of another multinational bank. 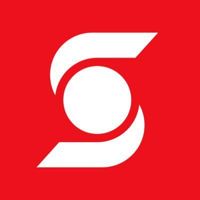