Jay Moyes has served in C-level executive and board positions of private and public companies. He currently serves as Director of Achieve Life Sciences (NASDAQ: ACHV), BioCardia (BCDA) and Puma Biotechnologies (PBYI). He has previously served on boards of the Predictive Technology Group (PRED); Osiris Therapeutics (OSIR); and Integrated Diagnostics (acquired by Biodesix), and as Chief Financial Officer and Director of Amedica Corporation (now SINTX Technologies), managing the company’s IPO and listing on NASDAQ; and as Chief Financial Officer at XDx (now CareDx – CDNA). Jay led the finance function at Myriad Genetics (MYGN), serving until 2007 as Chief Financial Officer during Myriad’s rapid growth trajectory to become one of the world’s most highly profitable molecular diagnostics companies. During that time, Moyes spearheaded the efforts in raising more than $500 million in public and private financings. Mr. Moyes served as Chief Financial Officer of Genmark until 1993, a privately held genetics company. Mr. Moyes held various positions with the accounting firm KPMG from 1979 to 1991. Mr. Moyes holds a Master of Business Administration from the University of Utah, a Bachelor of Arts in economics from Weber State University and is formerly a Certified Public Accountant. 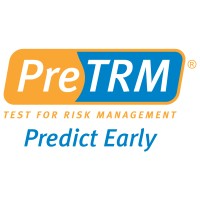