A desire to chase the unknown has prompted Gabriel Sabadin to expand the reach of app building company Shortcut to Sweden. Gabriel has more than 17 years of experience and is a respected and recognised software engineer, and joins the company as the new CEO of Shortcut Sweden, based in Stockholm.

Gabriel first got interested in technology as a child, through his step-dad. He was working for Sun Microsystems, which went on to create Java, and Gabriel was immediately fascinated by the world of tech. He worked on a range of side projects at university, where he completed a PhD in Computer Science, and has continued to dabble with different ventures throughout his working career.

“That was very good because I had amazing mentors at work that could teach me, and I could use what I learned to challenge my teachers,” he says. “I could say, ‘I tried this out, and it doesn't really work as you are saying’, or I could learn a new theory and then apply it the next day at work, and see if it made sense.”

Early in his career, Gabriel found himself interested in projects that he had no prior experience in. His first job was building ATM machines and software for banks, and he was drawn to work that enabled him to learn on the job.

“I wanted to work on projects that I had no idea if I could do, because that meant I wouldn’t be able to stay in a comfort zone,” he says. “Maybe you need to research or study more, or learn new technologies - you need to figure it out yourself. That was pretty much my dream.”

That philosophy has stuck with Gabriel throughout his working life and is very much a central ideal at Shortcut. He has been a software engineer for a handful of companies, but he joined Shortcut because he wanted to continue his journey of learning.

“I’ll be able to work on several different projects, so we can help clients as much as we possibly can. Those clients will bring different challenges and topics that we don't already know, we will need to explore ourselves. That is the root cause of why I decided to start Shortcut Sweden.”

Gabriel has two pillars that he wants to base the company around - empowering people personally and helping them to grow themselves at the same time.

“The foundation I want for my company is for people to be themselves and interact honestly and transparently. And then that curiosity and positive ambition, not in terms of making more money or being better than others, but gaining more knowledge, or learning more stuff.”

“I want us to build stuff that we’re proud of. Of course, we need to make a profit so we can keep the company running, but I also want a company where we can look back and say, ‘That was the best decision of my life.’ I want to have an environment where we develop people. The people working for us, I want to see them evolve their careers into ones that they will be proud of as well.”

Outside of work, Gabriel likes to collect and play guitar - even though he believes he’s not very good - and get outside in nature. He particularly enjoys going walking and hiking, and spending time with his family. He says he may have got that work/life balance wrong early in his career, but he now cherishes and prioritizes his time with his wife and two children. 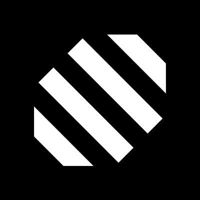