Steve Browne has devoted 30+ years of his career to human resources. He currently is the Vice President of Human Resources for LaRosa's, Inc., a regional Pizzeria restaurant chain in Southwest Ohio with 13 locations and more than 1,200 Team Members. Prior to LaRosa's, Steve held various HR management positions in the manufacturing, consumer products, and professional services industries. An active member of SHRM for more than 18 years, Steve has held several leadership roles, most recently serving as the Membership Advisory Council (MAC) representative for the North Central Region of SHRM. Other responsibilities include Immediate-Past Ohio State Council Director for SHRM; State Conference Director for Ohio HR Conference Committee; and Past President of the Greater Cincinnati Human Resources Association. Steve is an accomplished speaker who has been featured at local, regional and national Conferences, Chambers of Commerce, HR chapters and businesses. He also has testified on behalf of SHRM before Congress and has lead advocacy efforts at the state and national levels. He is the author of HR on Purpose !! which has been a bestseller for SHRM and Amazon. He's very active in Social Media, has a nationally recognized HR blog – Everyday People. (http://sbrownehr.com) – and often ranks among the 100 most influential HR voices on social media. He facilitates a monthly HR Roundtable as well as an HR internet forum called the HR Net which reaches over 9,500 people globally each week. Outside of his professional HR environment, Steve has held leadership roles in a host of civic groups, including the Boy Scouts of America, the Southwest Ohio Region Workforce Investment Board and the Great Oaks Business Partnership Council. Steve received a Bachelor of Science in Interpersonal Communication from Ohio University in Athens, Ohio. 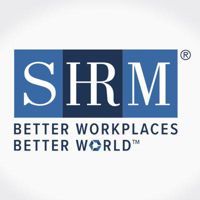