Ben Solomon earned a BA in Mathematics at UC Berkeley where he lettered in gymnastics, and an MA in Mathematics from UC Davis. He received an honorary Doctorate in Education from Sierra Nevada College (SNC). His teaching career included positions at UC Davis, the University of Victoria, LA State University, and SNC. Ben’s primary subject was mathematics, but he also taught literature and alternative energy and coached gymnastics. He was the CEO of SNC for 25 years, holding the titles of Administrative Director (1970 – 1980), President (1980 – 1993 and 2003 -2005), and Chancellor (1993 -1994). During his tenure the College grew from 23 full time students and three converted buildings to several hundred students and an energy efficient campus with five buildings, two utilizing passive solar heating and one which received an LEED “Platinum” rating. Ben also owned and managed TranSierra Capital which was the highest ranked “fixed income” investment firm in the US from 1995 to 2003. He lives in Incline Village with his wife Margaret in a “net zero” house which incorporates devices patented by Ben. The 1,500 watt PV system produces enough surplus electricity to power their converted plug-in Prius 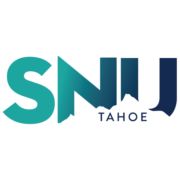