Nobuo Kita is Chairman of the Board, President, and CEO of SIOS Technology and President and CEO of its parent company, SIOS Technology Group. Nobuo is also founder and member of the board of directors of Mozilla Japan, an affiliate of Mozilla Foundation/Mozilla Corp., the world’s most successful open source software development organization. Nobuo is also on the board of directors of Seasar Foundation, which is the largest open source software developers’ community in Japan. Prior to his current position with SIOS, Nobuo was the CEO of Northern Lights Computer, a pioneer in Linux and system integration services in Japan. Northern Lights merged with Ten Art-ni Corporation which became SIOS Technology. Nobuo holds a Bachelor of Science degree in engineering from Kyoto Institute of Technology. 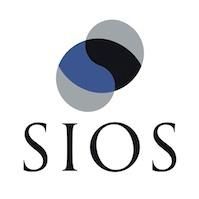