SKAEL, a leading automation platform for creating and deploying digital employees, has announced the appointment of Matt Cooley as President and COO. Cooley will be based out of the company's San Francisco office and report directly company CEO Baba Nadimpalli.

Cooley is a veteran SaaS leader with a focus on scaling early-stage technology businesses. As a member of the initial leadership team at New Relic, Cooley built and managed the global sales team, driving the company from $0 to $100M in revenue, which in turn led to a multi-billion dollar initial public offering in 2014. Most recently, Matt served as Chief Revenue Officer at Quip, which was acquired by Salesforce for $750M in 2016. Cooley has also led go-to-market organizations at Citrix Systems and at Mixpanel.

“I am very excited to join SKAEL,” said Cooley. “At SKAEL, I see strong similarities to the early days of New Relic, namely a great combination of powerful technology and super-smart team in a new, fast-growing market. SKAEL has a great opportunity to become one of the leading hyper-automation companies, and I look forward to serving as a leader on this journey.” 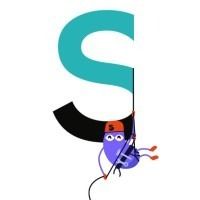