Dennis focuses on advising credit union and community bank clients. Prior to joining Skyway Capital Markets, he served as President of Achieva Merger Services, a wholly-owned subsidiary of Achieva Credit Union in Dunedin, Florida formed in June 2017, a business which advised credit unions and community banks on cross-industry transactions. Dennis has consulted with multiple credit unions across the country on bank acquisition transactions. He also worked as Senior Vice President and Chief Financial Officer of Achieva. Under his leadership, Achieva became the first credit union to acquire a community bank via merger and the first credit union to announce a second community bank merger slated to close later this year. Prior to joining Achieva, Dennis spent thirty-seven years in the banking industry with publicly traded banks, privately held banks and a mutual savings bank. During this time, he was involved in multiple mergers and acquisitions on both the buy and sell side, including the first Florida based financial institution to acquire out-of-state financial institutions. In 2015, Dennis was recognized as the Tampa Bay Business Journal’s CFO of the year. He currently serves as a Board member of Lighthouse of Pinellas in Pinellas County, Florida and Corporate America Credit Union in Birmingham, Alabama. 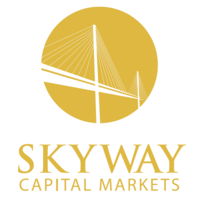