Stewart Butterfield is the CEO and co-founder of Slack. Over the past 20 years, he has had a distinguished career as an entrepreneur, designer, and technologist. In 2014, Stewart helped found Slack, a new category of software that changed the way we work by bringing together people, applications, and data to help teams do their best work. Since then, over 600,000 organizations in over 150 countries have turned to Slack to increase their organizational agility--making it the place to communicate, collaborate, and get work done. In 2003, he pioneered a new way of sharing information on the Internet when he co-founded Flickr and built the company as CEO into one of the largest web services in the world. He was named as one of the 100 Most Influential People in the World by Time Magazine, and one of the Top 50 Leaders by BusinessWeek among many similar honors, such as Vanity Fair’s New Establishment List, the Recode 100, Advertising Age’s Creativity 50, and the Technology Innovator of the Year by the Wall Street Journal. Stewart has a Bachelor of Arts (Hons) in Philosophy from the University of Victoria and an MPhil in Philosophy from the University of Cambridge. He retains academic interests in cognitive science, economics, organizational psychology, and the history and philosophy of science. 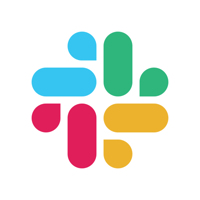