Slidebean, the pitch deck design platform for startups and small businesses, has announced the appointment of Páraic McLean as Community Manager. Reporting to VP of Marketing, Gustavo Paniagua, Páraic will contribute a range of content from social media to email marketing, to promote the company's product and successful YouTube channel. He’s based in New York, so will work remotely from the bulk of the Slidebean team in Costa Rica.

Páraic has been a freelance Social Media Manager for the past year, designing and implementing social strategies for a range of companies. He increased the social following of confectionery store The Flo by 19% in three months and increased Ethyca’s social media following on LinkedIn and Twitter by 75% and 21% respectively.

Páraic has a degree in Drama and Theatre Studies from Trinity College in Dublin, where he also worked as a Communications and Marketing Officer for a year after he graduated. As part of his role, he created and managed social media and marketing strategies for the Trinity Ball, Europe’s largest private party. He has also worked as an Associate Designer with events company Bentley Meeker Lighting and Staging in New York.

“One of the main reasons that I was hired is because I had that background in theater and I understand the production process,” he says. “No one has ever said that my drama degree was useful in that way. The soft skills are very transferable from the theater. It was really affirming to hear that, and it makes me more comfortable with brainstorming and voicing my ideas.”

Páraic’s family is Irish, though he was born in the United States. He maintains his love for theatre; he still goes to shows when he’s able and he’s pivoted into watching shows on YouTube online while theatres are closed. In particular, he is passionate about art and lighting design, and his favorite play is Angels in America. He also enjoys cooking and tasting wine, especially skin contact wine. 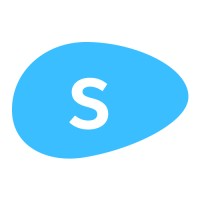