SoleSavy, one of the fastest-growing startups in the sneaker industry, announced today that Mitchell Holder joined its team as Senior Vice President of Marketing. In this role, Mitchell will be responsible for SoleSavy’s marketing and brand efforts as they look to empower sneakerheads and redefine their consumer experience. Mitchell joins the company’s leadership team and will report to CEO and Co-Founder Dejan Pralica. Mitchell is a respected creative leader, having most recently led the Los Angeles Lakers marketing department during its ‘19-’20 NBA Championship run. Prior to the Los Angeles Lakers, Mitchell led Ogilvy’s Digital and Social business on the West Coast and has held positions at Kobalt Music, VaynerMedia, and Sony Music.

“Mitchell has established himself as one of the top marketing leaders in multiple verticals that overlap with the growing sneaker industry,” said Dejan Pralica, CEO. “His vision for building world-recognized brands and driving marketing innovation makes him the perfect leader for SoleSavy.”

“SoleSavy is changing the game for those who really love sneakers,” said Mitchell. “I’m thrilled to be joining a team that has built such a passionate community and is now creating innovative ways to help empower those members with new products and services. In such a turbulent and shifting industry, SoleSavy is going to be a force for positive change in sneaker culture.”

About SoleSavy: Founded in 2018, it received $2M in funding from investors such as Bedrock Capital, Jason Calacanis’ LAUNCH fund, and Panache Ventures. Last month, its executive team added Marco Henry Negrete, former Global Editorial Content lead at Nike’s Jordan Brand. From building one of the largest paid sneaker communities online, SoleSavy looks to take their momentum into building a new all-in-one experience that includes community, content, and a marketplace. 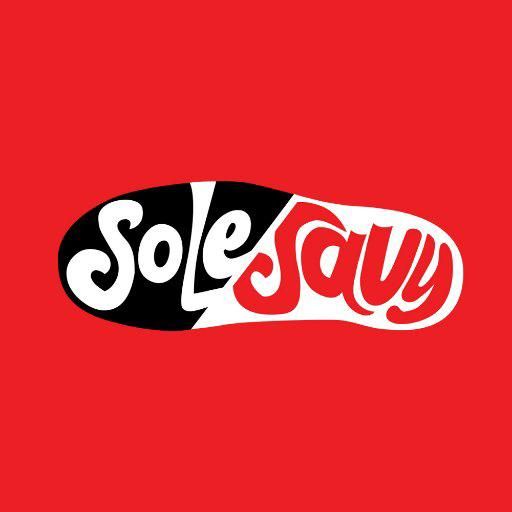 SoleSavy, one of the fastest-growing sneaker startups, announced today that Anna Bediones joined its team as Director of Strategy, Women’s. In this role, Anna will lead SoleSavy’s latest venture to create a safe and inclusive community for women sneakerheads. Next month, the company will launch its first exclusive women’s community. Anna is a leader within the sneaker industry, both as a voice and creative. Her experience includes writing for some of the industry’s top sneaker publications, hosting video and podcast series, styling campaigns for companies like Jordan Brand and Nike, serving as a go-to brand ambassador for beauty, fashion, and sneaker brands, and more. “Anna is one of the most respected voices in the sneaker and style communities,” says CEO Dejan Pralica. “She’s worked on creative projects with every major brand, retailer, marketplace, and publication in the industry. Her unique experience as both a lifelong sneakerhead and creative in the space makes her the ideal leader to help us build the best sneaker community for women, and beyond.” About SoleSavy: Founded in 2018, it received $2M in funding from investors such as Bedrock Capital, Jason Calacanis’ LAUNCH fund, and Panache Ventures. Recently, its executive team added veterans from Nike’s Jordan Brand and the Los Angeles Lakers. From building one of the largest paid sneaker communities online, SoleSavy looks to take their momentum into building a new all-in-one experience that includes community, content, and a marketplace.

Sneaker startup SoleSavy continues to grow. The community-led organization is driven by bringing back authenticity to the sneaker game by providing tips and tricks on how to cop sneakers for retail. But the company is more than just a tool — it’s a conglomerate of genuine sneaker lovers. The company recently received $2 million in funding and its ceiling continues to rise. SoleSavy has added yet another key figure to its roster as Marco Henry Negrete, former Jordan Brand Global Editorial Lead, is stepping in as the company’s Vice President of Content and Communications. Negrete will lead SoleSavy’s content strategy, consumer and corporate communications and creative marketing efforts.