Hans Knut Skår is the Executive Vice President for the Subsea and Renewable segment in Solstad. He started his career in Solstad in 2001 as Charterer and has also held the position as Chartering Manager and Director for Chartering & Operations. May 1st, 2015 he was promoted to Chief Commercial Officer, which held until the day of the merger with Farstad Shipping and Deep Sea Supply. Prior to joining Solstad he was a shipbroker with Hagland and an engineer with UMOE industries. 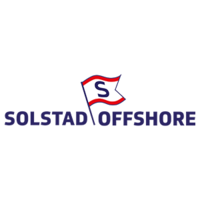