SomaLogic Inc., a global leader in proteomic discovery and applications transforming biomedical discovery and clinical diagnostics, today announced the appointment of Jason Cleveland, Ph.D. as the company’s chief technology officer. In this role, Dr. Cleveland will drive technological innovations that will bring the SomaScan® proteomics platform to patients around the world.

“Jason has built a career on his passion for building scientific instruments,” said Melody Harris, president and chief operating officer of SomaLogic. “His unique background is the balance between science, engineering and business that we need to bring proteomics to a much wider customer base.”

Dr. Cleveland has more than 25 years of experience as a technology innovator in the area of scientific instruments. He began at SomaLogic as a consultant in 2015 and later became a principal research fellow in 2018. His work at SomaLogic focused on both near-term improvements to the SomaScan platform as well as technologies to move towards patient-focused proteomics.

Prior to joining SomaLogic, Dr. Cleveland was the cofounder, chairman and later, chief executive officer of Asylum Research in Santa Barbara, California, a manufacturer of atomic force microscopes founded in 1999. As a hands-on CEO, he was heavily involved in the design of the Cypher AFM, which is still the quietest, fastest and most stable research atomic force microscope in the world with an installed base of more than 1,000 instruments. He began his career at Digital Instruments, which was the largest atomic force microscope company at the time. 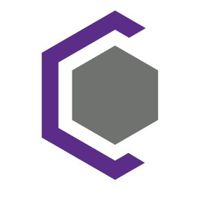