In this newly-created role, Towalame will work closely with Sony Music Group's Corporate Communications and Human Resources teams to advance its humanitarian efforts through impactful contributions and sustained strategic partnerships. She will work to extend philanthropic programs and activities across the company's global network, while advising its businesses, artists and songwriters on charitable initiatives reflecting Sony Music Group's existing commitment to corporate giving.

Sony Music Entertainment Chief Operating Officer, Kevin Kelleher stated, "It is a pleasure to welcome Towalame to this important role at our company as we further develop our strategy in this vital area. Her extensive experience and deep understanding of companies that represent artists and the beneficial influence they can have on social causes aligns well with our growing efforts to positively impact our global society."

Sony/ATV Chairman and CEO Jon Platt stated, "I have known Towalame professionally for many years, and genuinely admire what she has accomplished as a strategic advisor for non-profits. Through her work with some of the most influential leaders in music and entertainment, Towalame has helped chart a new course for creative companies to authentically give back to the communities they serve. I look forward to her guidance in expanding our impact as a socially-conscious organization."

Towalame Austin said, "It is an honor to join Sony Music Group and deliver on their promise to meaningfully support communities in need. I look forward to bringing my expertise to the company to help develop its philanthropic and advocacy efforts globally."

With over twenty years of experience in the non-profit sector with a focus on charitable initiatives, Towalame most recently held the role of Executive of Philanthropy for Roc Nation. Roc Nation, founded by Jay-Z, is known for its dedication to charity, including work with prison reform through Reform Alliance and education through the Shawn Carter Foundation. During Towalame's time at Roc Nation, she launched Rihanna's charity venture, The Clara Lionel Foundation (CLF), which has made a worldwide impact on education, emergency response, and health programs. Towalame also launched the We The Best Foundation, founded by DJ Khaled, and supported the philanthropic efforts of artists such as Big Sean, Mariah Carey, Todd Gurley and Justise Winslow. These efforts have increased global support for education, healthcare, and emergency response programs.

Towalame began her career in the non-profit sector at the Magic Johnson Foundation Inc., whose mission is to support the educational, health and social needs of diverse, underserved communities. During her tenure, she served as EVP and President. From there, she accepted the position of President of the Mourning Family Foundation, which supports disadvantaged youth in Miami. Austin currently sits on the Philanthropic/Advisory Board for her Alma Mater, California State University, Dominguez Hills. 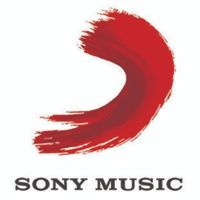