Ehsan Zargar was appointed our Executive Vice President, General Counsel and Corporate Secretary on October 1, 2018. Mr. Zargar is responsible for the Company’s legal, insurance, and real estate functions. From June 2011 until July 2018, Mr. Zargar held a number of increasingly senior positions with HRG Legacy, including serving as its Executive Vice President and Chief Operating Officer from January 2017 until July 2018, as its General Counsel since April 2015, and as Corporate Secretary since February 2012. From August 2017 until July 2018, Mr. Zargar served as a director of SPB Legacy. From November 2006 to June 2011, Mr. Zargar worked in the New York office of Paul, Weiss, Rifkind, Wharton & Garrison LLP. Previously, Mr. Zargar practiced law at another major law firm focusing on general corporate matters. Mr. Zargar received a law degree from Faculty of Law at the University of Toronto and a B.A. from the University of Toronto. 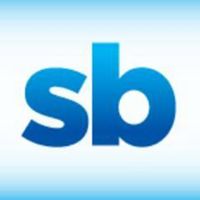