Springboard Enterprises, a nonprofit dedicated to supporting women-led companies around the globe, has appointed Natalie Buford-Young its first CEO.

Founded in 2000, Washington, D.C.-based Springboard Enterprises recently celebrated its 20-year anniversary. During their first two decades, Springboard created $27.2B of value from the 819 women-led companies, including 21 IPOs, tens of thousands of jobs, and billions of dollars in revenue. Working alongside Springboard President and co-founder Amy Millman, Buford-Young will help broaden the breadth and depth of the organization, identifying and cultivating current and rising women-led “unicorns” in the fields of drug development, therapeutics, medical devices, digital health, cybersecurity, and much more.

"Natalie is a leader in the entrepreneurial community, a catalyst for growth and impact, and a leader for the next phase of Springboard's growth," said Kay Koplovitz, Chairman and co-founder of Springboard Enterprises, in a press release. "In her new role, she will be responsible for empowering, accelerating and amplifying Springboard women entrepreneurs as the organization builds out robust peer-to-peer platforms, content IP and an investment fund for its global community. We're thrilled to welcome her to the team.”

Prior to joining Springboard, Buford-Young was a long-tenured leader in the entrepreneur community. She served as Executive Director for Deloitte’s Tech-Venture Center, where she helped build programs and networking opportunities for entrepreneurs and investors. Natalie has long been, and remains, an active member of a host of entrepreneur and investor communities, including the Mid Atlantic Venture Association, Fast 500, the Florida Venture Forum, National Venture Capital Association, and Council for Entrepreneurial Development. 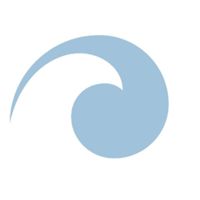