Tausha White was named Vice President and Chief Human Resources Officer of SPX Corporation in 2015. Tausha brings over 20 years of experience in human resources leadership positions to her role, holding positions of increasing responsibility with Harris Corporation, United Technologies Corporation (UTC) and Georgia-Pacific Corporation. She returned to SPX in 2015 after serving as the Vice President of Human Resources for Integrated Network Solutions at Harris Corporation, where she helped establish the structure, team and operations of a $2 billion segment. Prior to that, she was responsible for the Human Resources function for SPX’s Global Evaporative Cooling business. During her more than six years with UTC, she led the HR function supporting domestic and international businesses ranging in size from $.5-$3B in revenue and 2,000 – 10,000 employees. During this time, she was actively involved in the acquisition and integration of more than 20 new businesses. She began her career at Georgia-Pacific Corporation, spending 12 years in a variety of human resource management roles across manufacturing and corporate operations. Tausha earned her MBA with an emphasis in Human Resources and her B.S. in Psychology from Willamette University. 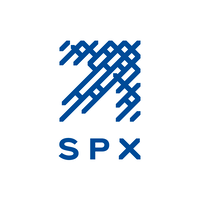