LOS ANGELES--(BUSINESS WIRE)--SRAX, Inc. (NASDAQ: SRAX), a financial technology company that unlocks data and insights for publicly traded companies, announced that Brock Pierce, the entrepreneur, philanthropist, and 2020 presidential candidate, has joined the SRAX board of directors.

Mr. Pierce has co-founded, advised, and funded over 100 companies to support the creation of new jobs and marketplaces through technological innovation including many blockchain technologies that have paved the way for cryptocurrency innovations. He continues to give back through his philanthropic efforts. He has been quoted on many occasions saying “a billionaire is a person who has a positive impact on a billion people.” In his continued efforts to give back, he ran as a candidate for President of the United States in the 2020 election.

Brock was responsible for the formation of Five Delta, a company that SRAX Purchased in 2014. Five Delta had a number of patents around social media ad targeting. The team and technology went on to form SRAX MD, which SRAX then sold in 2018 to a private equity firm for close to $50M.

“Brock Pierce is one of the smartest people and one of the most significant visionaries I have ever met. He has been able to see trends early and has been able to capitalize on those insights. We are honored to have him join our Board of Directors and are especially honored to have him replace the seat left behind from the passing of Malcolm CasSelle whom we loved, respected, and miss daily,” said Christopher Miglino, Founder and CEO of SRAX. “Brock shares our vision around the power of the retail investor and the community we have created. He is always at the forefront of new paradigm shifts, and I think the shift in the retail investor is just beginning,” added Miglino.

“It’s an honor to accept this position on the board of directors at SRAX and to be filling the shoes of a great leader, my friend, the late Malcolm CasSelle. SRAX is changing the way that investors interact with public companies and fundamentally changing the interaction between the retail investor and the capital markets,” said Brock Pierce. “This year, more than ever, the strength of the retail investor has become apparent to the board room. SRAX is at the forefront of this shift, and I look forward to sharing my capital markets experience with the team,” added Pierce. 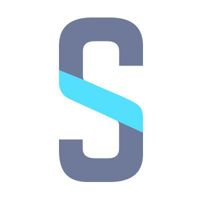