Mellody Hobson is an American businesswoman who is the president of Ariel Investments. She is the former chairwoman of DreamWorks Animation, having stepped down after negotiating the acquisition of DreamWorks Animation SKG, Inc., by NBCUniversal in August, 2016. In addition to serving over 15 years on the Starbucks board of directors, Hobson is the co-CEO of Ariel Investments, LLC, a global value-based asset management firm. In this role, she is responsible for management, strategic planning and growth for all areas of Ariel Investments outside of research and portfolio management. Additionally, she serves as Chairman of the Board of the company’s publicly traded mutual funds. Prior to being named Co-CEO, Hobson spent nearly two decades as the firm’s President. Beyond Starbucks, she has brought invaluable experience to boardrooms across the nation. She currently serves as a director of JPMorgan Chase. Hobson is also a past director of Estée Lauder Companies and served as Chairman of the Board of DreamWorks Animation until the company’s sale. 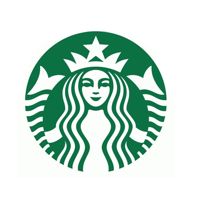