Lloyd Perry Feldman was appointed senior vice-president, general counsel and corporate secretary of Stingray in 2015. Prior to joining Stingray, Mr. Feldman practised law at a major Canadian firm for 21 years – 14 of which as a partner. He specialized in the areas of mergers and acquisitions, corporate and commercial law, and trust and estate law. In addition to having a particular expertise in business acquisitions, Mr. Feldman also has a strong background in tax law which allows him to bring a unique perspective to corporate and commercial transactions. Mr. Feldman is also very active in the community. He is a trustee of the Jewish General Hospital and is involved in the fundraising efforts of Federation CJA and the Jewish National Fund. Mr. Feldman holds B.C.L. and LL.B. degrees from McGill University, as well as a B.A. (Political Science) from McGill University. He has been a member of the Québec Bar since 1998. 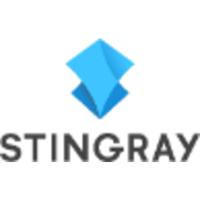