BETHESDA, Md., March 9, 2021 /PRNewswire/ -- Chief, a private network built to drive more women into positions of power, and keep them there, welcomes Chris Delucchi as a Washington, DC Founding Member. Delucchi serves as the Managing Principal and Chief Growth Officer at Streetsense, a global creative consulting firm headquartered in Bethesda, Maryland with offices in DC, NYC, and Madrid.

"I have always had a passion to help other women succeed, so to be part of the only organization specifically designed for senior women leaders to strengthen their leadership journey, cross-pollinate ideas across industries, and affect change from the top-down is exciting for me," says Delucchi. "It is an honor to be named as one of the DC Founding Members of Chief, especially in the month of March as we celebrate Women's History Month."

Prior to her role at Streetsense, Delucchi founded her own integrated marketing firm, Delucchi Plus, which was later acquired by Streetsense to become the Marketing arm of the collective. Delucchi has over twenty-five years of experience in consulting, branding, and marketing. In addition to founding and running creative companies, she has built brands and managed communications programs for global real estate, hospitality, retail, travel & tourism, food & beverage, health & wellness, and consumer clients.

"Chris has always been committed to helping women in business and women-owned organizations grow professionally and individually," says Brian Taff, Chief Executive Officer of Streetsense. "We are honored to sponsor Chris as a Founding Member of Chief and excited to support Chief's commitment ensuring woman continue to make important gains in positions of power and influence." 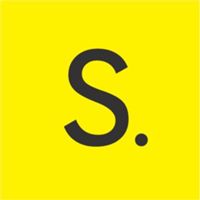