SAN FRANCISCO--(BUSINESS WIRE)--Syntropy, a trailblazing Internet infrastructure company, announced that Shawn Hakl, former SVP at Verizon, and Roman Pacewicz, former Chief Product Officer at AT&T, have joined the webtech pioneer’s advisory board to help it scale the next generation of the Internet. The pairing shows that truly innovative solutions can make seasoned veterans excited about the future.

Syntropy has built a secure, programmable, and user-centric new internet layer on top of existing networks -- an overlay where encryption, fault tolerance, and optimized performance are automatically enabled for anything and everything connected to it with a few clicks. Its tech is completely compatible with the current public internet, and includes tools for developers to start building highly secure connections immediately -- tools which, in the first month of release, have already been used to do everything from improving performance of Minecraft servers to quickly establishing secure and optimized blockchain infrastructure.

While the public release of its product was announced in January 2021, Syntropy has already attracted heavy-duty star power. Started by a co-founder of Equinix and alums of companies such as JP Morgan, it has been privately backed by angel investors spanning current and former executives at Fortune 500 companies, financial innovators, and early stage blockchain investors. Syntropy has already formalized relationships with tech giants like Cisco and is in pilot projects with many others.

With their extensive experience at Microsoft, AT&T, and Verizon, advisory board members Hakl and Pacewicz will help drive strategy and build relationships for the growing company. Their collaboration with Syntropy has already generated buzz with customers, partners, and advisors.

Stacy Shulman, Vice President at Intel, lauded the move saying, “Syntropy shouldn’t just be a private secret for savvy developers, but a big part of how programmable network as a service is deployed at hyperscale by all the big players -- and Shawn and Roman are just the people to help drive that scale.”

Syntropy’s partner and advisor who helped facilitate the relationships, Tony Greenberg of boutique consultancy RampRate, joined in saying, “during our 20 years of work helping Fortune 1000 CTOs build flexible deals with trusted suppliers, we've navigated highly unique competing visions that these market leaders have for the future of the Internet. It takes not only groundbreaking technology, but a powerful social impact message to get them excited. And Syntropy has come up with just that - allowing future networks to be optimized for anything, whether it’s speed, reliability, or, say, carbon emissions of various networks, while also addressing pressing security needs and overcoming traffic manipulation schemes.”

Shawn Hakl is a well-established figure with deep experience in the technology and telecom industries that are central to Syntropy’s business goals. Independent from his role at Syntropy, he currently serves as a partner at Microsoft, overseeing the development of Microsoft's Azure for Operators strategy. Prior to joining Microsoft, Hakl worked at Verizon for nearly 20 years, concluding his tenure as a Senior Vice President, Business Products. Hakl was instrumental in developing Verizon's networking, security, IoT/MEC, and unified communications portfolio. He also helped launch new products in areas such as SD WAN, whitebox deployment, and closed loop automation.

“Syntropy has developed a transformative technology with the potential to fundamentally change the way data moves across public networks, and few teams have the skill and imagination to think this big,” said Hakl. “They have made remarkable advancements in addressing the critical challenges of security and latency that weigh upon developers, with tremendous potential to revolutionize our infrastructure and turbocharge innovation across an breadth of applications, from enterprise networking and 5G deployment to totally new use cases in IoT and edge computing.”

Roman Pacewicz is a senior executive with broad knowledge and experience across the industry. He was formerly the Chief Product Officer at AT&T, where he was responsible for AT&T’s business product portfolios. Over the years, he launched and scaled various products across mobility, IoT, Security, Edge Networking and Cloud.

“Syntropy is leading the creation of an intelligent, scalable and secure internet, which enables developers to interconnect devices, applications and distributed cloud environments via standard set of web based tools.” said Pacewicz. “The company evolves networking through the use of next generation technologies. Syntropy’s programmable internet solves the security and performance challenges that businesses face every day. The company is executing on a vision where almost everything is interconnected with a secure, programmable, performance optimized internet.”

Syntropy CEO Domas Povilauskas expressed his excitement over Hakl and Roman joining the team and described their wisdom as “essential as we launch our product ecosystem to the verticals they know so well.”

He emphasized that “the Syntropy vision extends far beyond any individual application, and with talent like Shawn and Roman, we’re establishing a critical mass of human capital needed to overcome the greatest challenges in internet infrastructure today.” 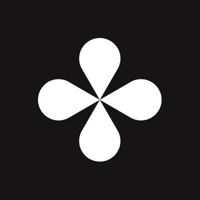