Mr. Lathi is President and Chief Executive Officer of the Company. He was elected to the Tailored Brands Board of Directors in March 2016, was appointed Non-Executive Chairman in March 2017 and served as Executive Chairman from October 1, 2018 through March 27, 2019. Mr. Lathi is also a member of the Board of Directors of Five Below, Inc. and was the Chief Executive Officer of One Kings Lane, Inc. from April 2014 until June 2016. Previously, Mr. Lathi spent seven years in various senior executive roles at eBay, Inc. and eight years in investment banking and private equity. Mr. Lathi earned his BS Materials Science and Engineering from Massachusetts Institute of Technology and his MBA from Harvard Business School. 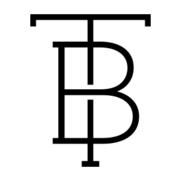