After spending 10 seasons (1997-2006) establishing himself as one of the best linebackers in Buccaneers history, Quarles joined Tampa Bay's front office. This season, Quarles enters his seventh year as director of football operations, after spending two seasons as director of pro scouting, a title he earned after two years as coordinator of pro scouting and four years as a pro scout for Tampa Bay. In his current role, Quarles works directly with the head coach and general manager in organizing day-to-day operations of the team, while assisting with roster management and contract negotiations, advising the pro personnel department on advance scouting and overseeing all player travel and transportation. While operating as director of pro scouting, Quarles was in charge of handling the team's pro personnel staff and evaluating players. Working as the coordinator of pro scouting, Quarles was responsible for coordinating the advance scouting of the Buccaneers opponents as well as organizing player workouts. During his time as a pro scout, Quarles' responsibilities included the in-season scouting of Buccaneers opponents and all NFL free agents. He also participated in the scouting and evaluation of the Tampa Bay roster. In 2007, his first season in the front office, Quarles helped guide the Buccaneers to the NFC South division title. In 2010, Quarles helped the Buccaneers to a 10-6 record, finding multiple players via free agency and waivers that made significant contributions to the team. During his 10 seasons on the field, Quarles helped lead the Buccaneers to three division titles (1999, 2002 and 2005) while also earning a world championship following the 2002 season in Super Bowl XXXVII. He also made his first Pro Bowl appearance in 2002 as a member of the top-ranked defensive unit in the NFL. Overall, Quarles was a member of a Buccaneers defense that ranked first in the NFL in total defense on two occasions (2002 and 2004) and finished the season in the Top 10 in eight of his 10 years as a player. Quarles' decade of service left its mark on the Buccaneers' record book. His 148 career games played and 113 career starts as a Buccaneer rank eighth and 10th, respectively, in team history. He also ranks fourth in team annals with 985 career tackles, including a career-high and team-best 196 tackles in 2005, the third-highest total in a single season in team history. Quarles played all three linebacker positions during his career and is the first and one of only three players in team history to record a touchdown and a safety (also Rondé Barber and Lavonte David) during their career. In 1999, he posted a team-record 31 special teams tackles and in 2001, Quarles recorded the longest play in team history with a 98-yard interception return for a touchdown. He also earned numerous awards during his playing career, including the NFL Unsung Hero Award in 2002, the Buccaneers Man of the Year Award in 2004 and the Ed Block Courage Award in 2006. Quarles was, and remains, one of the most philanthropic figures in the Tampa Bay area. Since its inception in 2004, the Shelton Quarles' IMPACT Foundation has had the mission of benefiting at-risk children, youth and their families by providing assistance, programs and events designed to build self-esteem, provide unique life changing opportunities and help them to set and achieve their life goals. The IMPACT Foundation has raised over $500,000 and impacted the lives of over 3,000 at-risk single-parent families in the Tampa Bay Area. Shelton Quarles' IMPACT Foundation's signature program is the Home Blitz, formerly known as Mothers' Day Miracles. At-risk single-parent families are nominated for the Home Blitz program and once selected, they receive a complete home makeover. This makeover, valued at over $40,000 for each family, includes furniture, home décor, interior design services, lawn care, supplies, food and more. Each family is sent away on an all-expense paid vacation as their home is being transformed. Quarles and his IMPACT Foundation host several fundraising events throughout the year. Shelton Quarles' Celebrity Waiter Night gives guests a chance to have their order taken, drinks poured, dinner served and dessert delivered by Quarles and some of Tampa's well-known celebrities and sports figures. Quarles also hosts the Transitions Championship Celebrity Pro-Am, which benefits his IMPACT Foundation. For more information on Shelton Quarles' IMPACT Foundation, please visit www.sheltonquarles.org. Quarles has also participated in many charitable endeavors through the Buccaneers organization. In the 2011 offseason, along with former Buccaneers Mike Alstott, the late Lee Roy Selmon and Doug Williams, Quarles signed autographs at a local mall to help raise funds and awareness for the earthquake victims in Haiti. Together, the group helped raise over $125,000 for the Red Cross. In 2007, he walked the runway for the "Fashion Funds the Cure" fashion show to benefit the Pediatric Cancer Foundation and that same year, Quarles traveled with three other NFL players to visit U.S. troops at military bases throughout the Persian Gulf as part of the NFL-USO program. Upon Quarles' retirement, Florida Governor Charlie Crist named him as chairman of the Tampa Bay Area Regional Transportation Authority, a position in which he served from September 2007 to September 2009. As chairman, Quarles led a seven-county, 15-member board that had a stated goal of building a transportation master plan to tackle the significant transportation issues facing the greater Tampa Bay area. He stepped down from this responsibility in order to dedicate his full time and attention to the Buccaneers. Quarles also served on the Board of Directors for Tampa General Hospital (2009-2016) and also sits on the Celebration of Literacy Committee as an Honorary Host Committee member for Celebration of Reading. He was named the Trailblazer of Our Children's Future by the Hillsborough County Sheriff's Office and won the Tower of Achievement Award for outstanding leadership and contributions by the USF Area Community Civic Associations. An avid golfer, in the spring of 2009, Quarles was part of the winning foursome in the Transitions Championship Pro-Am at Innisbrook. Quarles is married to Damaris and the couple resides in Tampa with their daughter, Gabriela Nicole, and sons, Shelton Eugene Jr. and Carlos Antonio. 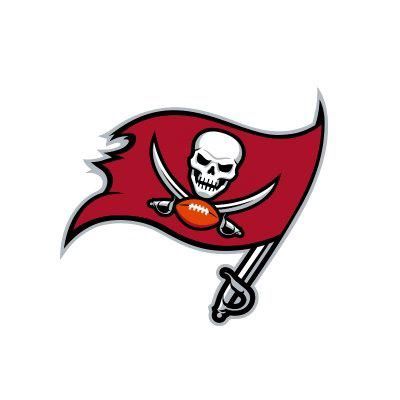