Rick Gomez was named Executive Vice President and Chief Food and Beverage Officer in February of 2021. Before this, Rick was executive vice president, chief marketing and digital officer for Target and a member of its executive leadership team. In that role, he was responsible for overseeing marketing and media strategy, creative, guest research, loyalty, in-house media company Roundel, and corporate responsibility efforts. In addition, Rick was the head of Target’s e-commerce business and oversaw the company’s digital strategy. Rick joined Target in 2013 as senior vice president of brand and category marketing, where he was responsible for leading marketing efforts across all merchandise categories Target. He also led the seasonal marketing for campaigns like holiday and back-to-school and was responsible for creative collaborations that included designer partnerships, exclusive music artists and licensing. Prior to joining Target, Rick held senior-level marketing positions at MillerCoors, PepsiCo and the Quaker Oats Company. He currently serves on the board for GLSEN (Gay Lesbian Student Education Network), the ANA (Association of National Advertisers) and the Ad Council. Rick received a B.A. from Dartmouth College. 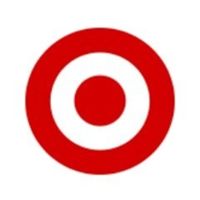