Paul Wright has served as President of Taubman Asia since January 1, 2020. He is responsible for the company’s operations and growth strategy in the Asia-Pacific region. Prior to leading the Taubman Asia team, Paul, a 15-year veteran of Taubman, worked in a variety of leadership roles, including as EVP and Global Head of Leasing stationed at the company’s headquarters in Bloomfield Hills, Michigan. In this role, he oversaw the successful leasing efforts for the company’s portfolio of shopping centers, including the key redevelopment projects of Beverly Center in Los Angeles and The Mall at Green Hills in Nashville. Before his time in the U.S., Paul was Group Vice President of Leasing for Taubman Asia where he delivered exceptional leasing performance for the company’s ground-up development properties in Asia - CityOn.Xi’an and CityOn.Zhengzhou in China, and Starfield Hanam and Starfield Anseong in South Korea. He also led the leasing program for IFC Mall in South Korea and Studio City in Macau, both centers for which Taubman Asia previously provided leasing and management services. Prior to joining Taubman Asia in 2006, Paul worked with Citta Management Limited where he was responsible for leasing, property management and retail operations at the Taipei 101 Mall in Taiwan. He also held management roles with Lendlease Corporation in Asia and Jones Lang Wootton in Perth and Sydney. Paul is a longtime member of the International Council of Shopping Centers. Originally from Australia, he currently resides with his wife and child in Hong Kong. He speaks Mandarin Chinese and English. 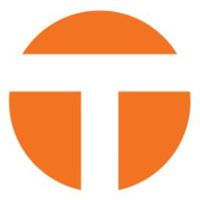