Before receiving his Bachelor’s degree from Cornell University, MacLaren (Mac) Cummings launched a software and consulting company called Mindshark Software and Consulting from his dorm room during his sophomore year in college. One of the company’s first projects was launching a financial search engine. Mac leveraged the growing demand for consulting during the “dot com” era not only to fund the growth of Mindshark, but to pay his Cornell tuition. During his tenure at Mindshark, Mac succeeded in signing software agreements with Forbes, Money Magazine, Seibert Financial and General Electric. After graduating Cornell in 2001, Mac next co-founded Terakeet with Patrick Danial. Within three years, he successfully raised $450,000 from investors to provide initial funding for Terakeet. Ten years later, Terakeet repurchased the shares from those investors providing them with 100% liquidity. In 2008, Mac took a leave of absence from Terakeet to become director of online finance and a senior advisor to Senator and Presidential Candidate, Hillary Clinton. It started as a three-day stint, until news broke of Clinton’s own admission that she’d been forced to lend 5 million dollars of her own money to her campaign. Cummings saw this as a moment of opportunity, raising nearly 30 million dollars online during the month of February. Having solidified his role as an expert in online political fundraising, Mac would spend the next six months working within the campaign, raising a total of 75 million dollars online. He booked the largest day of online fundraising in the history of political primaries, raising a record 10 million dollars in a single 24 hour period. Cummings’ work did not go unnoticed, and Terakeet was quickly hired by Obama for America once the primary ended. Terakeet continued its engagement with Obama in 2012, helping the president secure his second term, acting in the role of exclusive provider of search engine optimization to the campaign. Most recently, Terakeet advised and provided consulting and technology to the Hillary Clinton campaign. Mac was a member of the Manlius Pebble Hill School Alumni Board for several years and was the youngest ever named to the esteemed Cornell Entrepreneurship Board as well as the CenterState CEO board (formerly MDA). Cummings is an investor in The Water Initiative, a for profit entity, which brings clean drinking water to nearly 5 million people around the world. Cummings is a founding shareholder in US Beveragenet, a technology company which measures and reconciles the flow of draft beer from the keg to the tap and reconciles it with POS systems. The technology can be found in Fenway Park, Hooters, Buffalo Wild Wings, Quaker Steak and Lube, B.R. Guest, Aramark, and hundreds of locations across the US. Mac is also an investor in Provocateur, a cafe and nightclub known for being one of the first clubs in NYC to embrace electronic music. Mac remains active in local and national politics. During the 2013 campaign season, he helped Terry McAuliffe win his election as Governor of Virginia. Mac continues to invest in early stage growth companies. He resides in Skaneateles, NY. 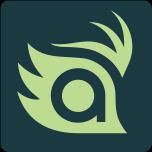