NORTH VENICE, Fla., March 8, 2021 /PRNewswire/ -- Florida-based Tervis, the nationally loved drinkware company in its 75th year of manufacturing the iconic Tervis tumbler, has promoted Hosana Fieber to the role of Chief Operating Officer/Chief Financial Officer. Fieber's expanded duties include leadership of the company's Manufacturing and Supply Chain, in addition to her continued oversight of the company's Finance & Accounting, Information Technology, Engineering, and Project Management as Chief Financial Officer. Her role as COO/CFO is part of the company's long-term strategic plan to centralize leadership and confers on her the responsibility for leading the entirety of Tervis' back-of-house operations.

Fieber, who began her tenure at Tervis in 2009, has worked in a variety of positions at the company, including Financial Planning and Analysis Manager, Controller, and Vice President. In 2017, she was named CFO. With her appointment as the company's first female COO, two-thirds of the Tervis Executive team are now women, a figure well above the national retail industry average.

The child of Cuban immigrants, growing up in Florida she saw firsthand the challenges and opportunities her parents faced. "My parents' hard work and sacrifices were my biggest drivers. They were immigrants who worked hard to excel in the transition to this country. They had hard jobs, had business successes and failures but they always taught me that you are in control of your destiny and only you have that control over your life journey," Fieber says.

After receiving her BA from The University of Miami and her master's degree from Florida State University, Fieber began her public accounting career as an auditor. She worked in her home state, then North Carolina, before returning to Florida to join Tervis at the behest of its then-CEO, a female executive who was influential in Fieber's career development.

In 2019, Fieber began the International Women's Forum (IWF) Fellows Program and has since become an IWF member. Of this prestigious organization, she says, "I have received so many benefits from joining this elite group of women. Being part of the IWF allowed me to see my contributions to Tervis in a different light. I built confidence and educated myself in business areas I did not know much about. I really began to immerse myself in the back end of the business in order to help drive front-end success."

Tervis Chief Executive Officer Rogan Donelly says, "Hosana's story is a real Floridian - and American - success story. As the world celebrates International Women's Day today and Women's History Month throughout March, her story really resonates. We are beyond proud of Hosana and her achievements and look to her not only to inspire the next generation of women executives, but also to help expand and renew the Tervis brand with her insight, experience, and expertise." 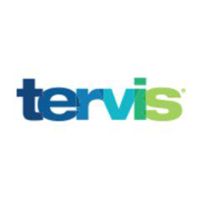