All three were confirmed by the Executive Board of the Texas College Democrats. 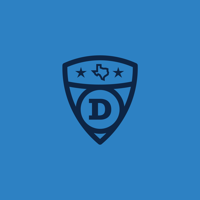 The Texas College Democrats today announced that Heavin Cecilia has been nominated by President J.J. Martinez to serve as director of programs, filling the vacency that had existed since the last executive board election in April. Until her confirmation by the Council of the Federation, she will serve as acting director. Heavin is going into her senior year at Midwestern State University pursuing a bachelor's in Criminal Justice with a minor in Political Science. Currently, she is seeking to become a nonprofit & family lawyer, but her dream job is to establish a tortoise sanctuary in North Texas. Heavin currently serves as the Director of Engagement for a Nonprofit titled Learn it Together, which provides free virtual tutoring to middle and high school students. Her confirmation is scheduled for the Council meeting in June.