Former State Attorney Kevin Sparkman has nearly a decade of experience practicing in the field of personal injury law, specializing in auto accident representation. As a prosecutor with extensive litigation experience, he knows what it takes to represent a difficult case in court. It is for this reason, and many others, that he was named to the Super Lawyers® Rising Stars™ list in 2013, 2014, and 2015. This is an impressive accomplishment in the legal field, as only 2.5% of all practicing attorneys in the state are named to this list each year. Most recently, Attorney Sparkman was selected for inclusion in the 2016 Super Lawyers® list. He has also been successful in obtaining high-dollar settlements for a number of clients. Attorney Sparkman’s primary objective is to make a difference for his clients and obtain the most successful outcome possible. He always searches for ways to resolve cases through negotiation, but he also never shies away from taking a case to trial when necessary. His interest in the law began after graduating from the University of Florida with his B.A. in History. Soon thereafter, he attended the University of Florida, Levin College of Law—from which he graduated with J.D. in 2003. 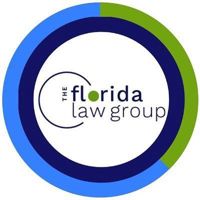