General Counsel at The House Fund

Eddy joins The House Fund as General Counsel, bringing 20+ years of legal and operating experience to the team. He most recently served as the Chief Business Officer and Interim CEO for Myoscience, Inc. and was an integral driver of the company's $220 million acquisition by Pacira Biosciences, Inc. Eddy's extensive experience representing private and public companies as in-house counsel and overseeing corporate and business development activities supports and complements The House Fund's ongoing mission. Eddy's roots to the Cal community run deep. A mic-man during his collegiate days, he then became the public address announcer for Cal men's basketball, Cal football, and co-hosted the post-game radio at different times for both programs. He is infinitely excited to be connecting his professional career to his passion for Cal in his role at The House Fund. Now that he's reached this intersection, Eddy's outside interests are focused on his family, running his non-profit travel baseball club, and finding time to write music and to play golf. These events are conveniently scheduled around his passion to fight for California and to root for the Golden Bears — Go Bears! 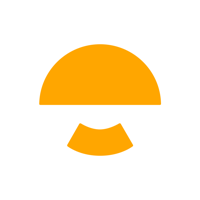