Chris Marsh is President of Irvine Company Apartment Development division. Mr. Marsh is responsible for leading the company’s apartment development growth plan, including land acquisitions, due diligence, entitlements, product development, design, construction and delivery. Since joining the company in 2003, Mr. Marsh over time has been responsible for overseeing all aspects of development for commercial and residential projects for the company, including office, resort, retail and apartment properties. His achievements include The Resort at Pelican Hill, where he acted as Project Executive in delivering the world-class resort. Mr. Marsh has practiced in the field of commercial and multifamily real estate development for 25 years and has represented developers in the United States, United Kingdom and Spain. In a consultancy capacity, he also acted as third party adviser to several blue chip and institutional investors, including Société Générale, Scottish Widows and Pearl Assurance. He received a bachelor’s degree with first-class honors in quantity surveying from the University of Central England, Birmingham, UK, and earned a master’s degree in construction management from the University of Reading, UK. 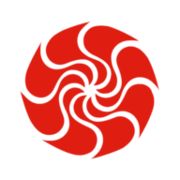