Co-Founder at The Wing

Audrey is the co-founder & former CEO of The Wing, a network of work and social spaces for women. Before founding The Wing, she worked extensively in political and public affairs. Most recently, she served as Senior Vice President at the strategic communications firm SKDKnickerbocker. Before that, Audrey worked as Deputy Director of Communications to Comptroller Scott M. Stringer. She started her career on Hillary Clinton’s 2008 campaign for president, assisting with rapid response and communications efforts. 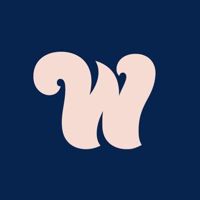