Today, TIME reveals the first-ever TIME100 Most Influential Companies, a new list—and an expansion of the annual TIME100 franchise—that highlights 100 businesses making an extraordinary impact around the world.

To assemble the list, TIME solicited nominations across every sector—including health care, entertainment, transportation, technology and more—from its global network of editors and correspondents, as well as from industry experts. Each company was then evaluated on key factors, including relevance, impact, innovation, leadership, ambition and success.

The TIME100 Most Influential Companies issue features 5 worldwide covers, each spotlighting a CEO from a company on the list with an in-depth profile, including: Reese Witherspoon of Hello Sunshine, Adam Silver of the National Basketball Association, Mary Barra of General Motors, Francis deSouza of Illumina, and Sara Menker of Gro Intelligence.

Today, TIME also launches TIME Business. TIME CEO and editor in chief Edward Felsenthal writes: "For nearly a century, TIME has been a barometer of influence, and it's hard to recall a moment when the corporate world has had a greater influence on our lives than it does now. That's why we're launching TIME Business, devoted to covering the global impact of business and the ways it intersects with our public and personal lives. Our first major project: the TIME100 Most Influential Companies, a new list… highlighting 100 companies that are shaping our collective future, as well as the leaders who steer them.... The mission of TIME Business is to help illuminate the path forward. We're in the midst of a reset, one that is already transforming the economy and what employees, customers and our broader communities expect of companies."

Felsenthal continues: "Our aspiration is for TIME, in our company and in our coverage, to be among the ranks of businesses that drive positive action. When I started at TIME in 2013, our mission was often described as 'explaining the world.' Today, we see it somewhat differently—it's about telling stories about the people and ideas that shape the world, in hopes of doing our part to improve it."

--Read Felsenthal's cover essay on the future of business and the digitization of everything that introduces TIME Business: https://bit.ly/2QqLIwN --See TIME's cover on the Future of Business, featuring digital artwork by artist Mike Winkelmann (aka Beeple): https://bit.ly/3xkp0XA --Read more about the cover: https://bit.ly/3gI6PFt

On the first-ever TIME100 Companies list, Dan Macsai, editorial director of the TIME100, says: "We're excited to evolve our TIME100 franchise to explore and interrogate the influence of companies, particularly at a moment when so many of them are shaping our collective future."

Pfizer, BioNTech, Moderna, Johnson & Johnson, CVS, Walgreens, and Illumina are among the companies on the list that are playing a critical role in COVID-19 prevention, vaccine creation and the vaccine rollout process.

The entertainment industry is also represented on the list by a range of businesses, including Netflix, Spotify, TikTok, HYBE, and Disney.

The most recently founded company is Clubhouse, which was created in spring of 2020. 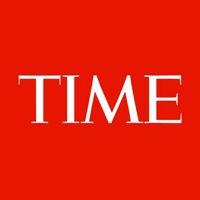