Mr. LaViolette brings nearly 30 years of experience in global medical technology marketing and general management to the TransEnterix board. Before joining SV Life Sciences, an international life-science venture capital firm, in 2009, Mr. LaViolette served as chief operating officer for Boston Scientific Corp., an $8-billion medical device leader. During his 15 years with Boston Scientific, he held the positions of group president, president-cardiology and president-international as the company multiplied its revenues over 20 times. He integrated dozens of acquisitions and led extensive product development, operations and worldwide commercial organizations. Before joining Boston Scientific, Mr. LaViolette held marketing and general management positions at CR Bard and Kendall (Tyco). In addition to his position on the TransEnterix board, LaViolette serves on the boards of Cameron Health, CardioFocus, Conceptus, DC Devices, Direct Flow Medical, DJO Global, Thoratec, ValenTx and Medical Device Manufacturers Association (MDMA). He previously has served on the boards of Urologix, Percutaneous Valve Technologies and Advamed. Mr. LaViolette received his bachelor’s of arts degree in psychology from Fairfield University and holds a master’s degree in business administration from Boston College. 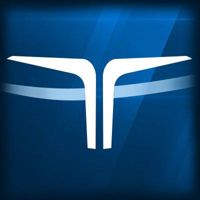