CEO and President at Tribune Publishing

Terry Jimenez is Chief Executive Officer and President of Tribune Publishing Company. In this role, Jimenez oversees finance, accounting, financial reporting, planning, treasury, investor relations, information technology and manufacturing/distribution for the media company. Prior to joining the Company, Mr. Jimenez was a Partner for IBM’s Global Business Services, where he served in that capacity since 2012. From September 2009 through February 2012, he served as President of Newsday Media Group, a subsidiary of Cablevision Systems Corporation. From 2008 to 2009, Mr. Jimenez served as Chief Operating Officer/Chief Financial Officer of Newsday, LLC and Publisher of amNewYork, subsidiaries of Cablevision Systems Corporation. Prior to Cablevision’s acquisition of Newsday from Tribune Company (now known as Tribune Media Company), he served in various roles at Tribune Media Company. From 2005 to 2008, he was Vice President Finance/Chief Financial Officer of Newsday, Inc. and from 2003 to 2005, he served as Controller for the Chicago Tribune Group. Prior to joining Tribune Media Company, from 1994 to 2002, Mr. Jimenez served in roles at McDonald’s Corporation, including Finance Director for McDonald’s Partner Brands Group, Controller for Donatos Pizzeria and other accounting, financial consulting, strategy and merger & acquisition roles. Jimenez holds a B.S. in accountancy from Northern Illinois University and an M.B.A. from J.L. Kellogg Graduate School of Management, Northwestern University. 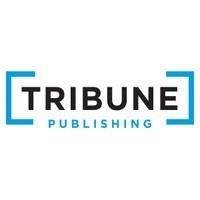