Geoff Matus co-founded Tricon in 1988 and continues to provide consulting services to the Company. He is a member of the Board of Directors, chairs the Executive Committee and is a member of Tricon’s Investment Committee. Mr. Matus is the Chair and co-founder of Cidel Bank of Canada, an international financial services group. He is the Chair of The Team Companies, an employer of record payroll provider for the advertising and entertainment industries. He is a past member of the board of Mount Sinai Hospital (where he currently serves on the Research Advisory Committee), the board of Governing Council of the University of Toronto (where he currently chairs the Pension and Endowment Investment Advisory Committee and the Real Estate Committee) and the Canadian Opera Company. He is a director of the MaRS Discovery District (where he is Chair of the Real Estate Committee) and an honorary director and past Chair of the board of directors of the Baycrest Centre for Geriatric Care. He is the honorary Chair of the Hospital for Sick Kids / Nelson Mandela Children’s Hospital Project. Mr. Matus has founded several other companies and remains a director of some of them. In 2005, Mr. Matus received the Jewish Federation award for outstanding service to his community. In 2010 he received the Arbor Award for outstanding service to the University of Toronto and, in 2011, was honoured as a “Man of Distinction” by the Israel Cancer Research Fund. Mr. Matus holds Bachelor of Commerce and Law degrees from the University of the Witwatersrand in Johannesburg, South Africa, and received a Master of Laws degree from Columbia University in New York. In 2018 the University of Toronto conferred on Mr. Matus an honorary Doctor of Laws degree. 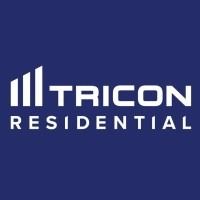