Mr. Jordan served as the President and Chief Operating Officer of DURA Automotive Systems, a global designer and manufacturer of automotive components, including control systems, exterior systems and EV/Hybrid lightweight structural systems for original equipment manufacturers and other transportation industries, from 2015 to 2019. Mr. Jordan began his career at General Motors Company (“GM”). During his GM tenures from 1984 to 2009 and from 2014 to 2015, Mr. Jordan held numerous international operations, business development, strategy, marketing and sales, mergers and acquisitions, and product development executive positions ultimately serving as Executive Vice President, Global Operations and Customer Experience. From 2009 to 2013, Mr. Jordan worked for United Technologies Corporation in prominent roles in manufacturing operations, purchasing, technology and engineering and ultimately served as Global Senior Vice President, Operations and Supply Chain, Aerospace Systems. He is a member of the board of directors and the audit committee of Oshkosh Corporation, and also serves on the board of directors of TPI Composites, Inc. 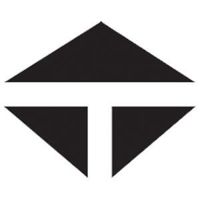