Matt Beverin has over six years of industry experience in digital advertising, TV advertising, media, and client services. Prior to joining TAG, Matt served as an Programmatic Account Executive at OwnerIQ where he would prospect, evaluate, and identify best opportunities by engaging agency and client direct decision makers at all levels. Previously, Matt served as an Account Manager and Sales Assistant at Cox Media Group. While as an Account Manager, Matt supported two Account Executive and one Sales Manager by ensuring media campaigns ran correctly throughout each quarter. He was also the direct connection between 15 national television stations and various New York City agencies, where he would manage the relationships between both parties. As a Sales Assistant, Matt maintained orders for affiliates of ABC, NBC, CBS, and Fox. Matt earned his Bachelor of Arts in Journalism/PR from Monmouth University, in West Long Branch, NJ. He was also part of the Men’s Soccer program which were ranked as high as #4 in the country NCAA Division 1 Schools. 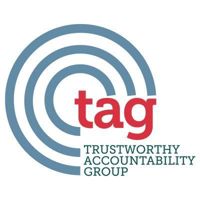