Sebastian Ebel was appointed a Member of the Executive Board of TUI AG following the merger of TUI AG and TUI Travel PLC in December 2014. He is responsible for Destination Experiences, Hotels & Resorts, Cruises and Group Purchasing. He is thus responsible for bringing together the Group's products and holiday experiences. He joined TUI AG in February 2013 as Operating Performance Director and since May 2013 he was Chief Operating Officer. In March 2013 until the merger in 2014 Sebastian Ebel was also Non-Executive Director of the Board of TUI Travel PLC. Between 1991 and 1997 Sebastian Ebel worked in various roles in the Preussag Group (now TUI AG) and left his position as Director of Group Controlling at the Preussag AG head office to join VIAG AG in Munich as head of telecommunications. He returned to Preussag Group in 1998 as a member of the Executive Board of its subsidiary Hapag Touristik Union GmbH. Sebastian Ebel became a member of the Executive Committee of TUI AG until 2003; as of 2003 he was a member of the Executive Board with responsibility for Controlling within TUI AG and held that function until 2006. He left TUI AG in 2006 and founded Eves Information Technology AG. In 2008 Sebastian Ebel joined the A.T.U. Group as Chief Financial Officer and subsequently as Chief Operating Officer. From 2011 to 2013 he worked for Vodafone Germany as Chief Financial Officer before coming back to TUI AG in February 2013. Sebastian Ebel has extensive experience in driving business performance worldwide, operational effectiveness, IT, retail and financial reporting/controls. Upon completing his university entrance qualification, he studied business administration at the Technical University of Brunswick and Philipps University of Marburg. Having earned a degree in business administration, Ebel started his professional career at Salzgitter AG, initially as a trainee, subsequently moving to Strategy. 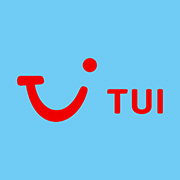