Janet is the Senior Vice President, Sourcing for Turning Point Brands. She is the former Senior Vice President of Sourcing for JCPenney, Under Armour and RadioShack and has 35 years of comprehensive knowledge of product from creation to in store. Janet has a proven track record and brand expertise in all facets of sourcing and merchandising. She has an emphasis in optimizing supplier partnerships, verticalization of sourcing and merchandising processes and organizational optimization. Janet previously served as Chair of the United States Association of Importers of Textiles and Apparel (USA-ITA) and has testified before The House Ways and Means Committee on trade issues as a leading advocate for ethical and free trade. Janet is a graduate of the Pennsylvania State University with a B.A. in Advertising where she was also a two-time captain of the Penn State women’s volleyball team. 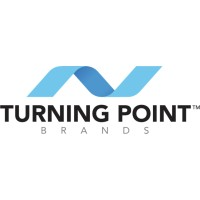