Chief of Staff at U.S. Department of the Treasury

Didem Nisanci most recently served as the Global Head of Public Policy at Bloomberg L.P. and led the Secretariat of the Financial Stability Board's Task Force on Climate-related Financial Disclosures. Prior to Bloomberg, Nisanci served as the Chief of Staff of the U.S. Securities and Exchange Commission in the Obama-Biden Administration. In that role she advised the Chair on issues including operational, policy, legislative, strategy, and communication matters. During her tenure, Nisanci also served as the SEC deputy to the Financial Stability Oversight Council. Prior to the SEC, she served as Staff Director for the U.S. Senate Committee on Banking, Housing and Urban Affairs Subcommittee on Securities, Insurance and Investment. Prior to that, she served as Deputy to the Assistant Secretary at the Treasury Department. Nisanci graduated from Smith College and lives in Washington, D.C. with her husband and two daughters. 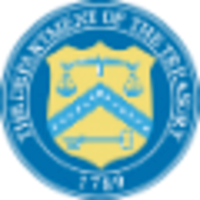